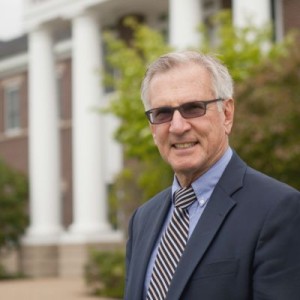 Born and raised in the Chicago area, John Engstrom graduated from Wheaton College, a small Christian Liberal Arts college located in Wheaton, Illinois, where he trained to serve as a chemistry and physical science instructor.

After graduation, he moved to New York and taught chemistry and physical science for twenty-three years along with coaching football and wrestling at The Stony Brook School, a Christian College Prep school in Stony Brook, New York.  He developed a successful summer program and was Athletic Director during his tenure at the school. While at Stony Brook he was granted a year’s leave of absence teaching in Germany, and a sabbatical during which he and his family went around the world for one year. While in India, he enhanced the science curriculum and Physical Education program at the Kodaikanal School in Southern India.

During his 23 years at Stony Brook, Dr. Engstrom earned Master’s degrees in Liberal Studies and Chemistry, and completed his Doctorate in Science Education from Columbia University in New York City.

In 1990, Dr. Engstrom was appointed Head of School at The American School in Switzerland, located in Lugano, Switzerland.  TASIS, as it was known, was a small boarding and day school of about 230 students in grades 7-12, located in the foothills of the Alps.

Dr. Engstrom and his family returned to the US in 1994, taking a position as Head of School at Minnehaha Academy, in Minneapolis, Minnesota.  He was HOS for 15 years, assisting the school to grow from about 950 students to over 1200 during his final years.  He was able to help the school expand the facility significantly during that period.

Currently, Dr. Engstrom is increasing his commitment to consulting as his primary focus.

“In addition, he speaks and writes very well and enjoys the challenges associated with marketing a school and raising money…John is able to make hard decisions, has an entrepreneurial instinct, and is something of a risk-taker…John is always professional.  He is poised under pressure and has the thick skin, common sense, and confidence needed to face into adversity. He loves to laugh…and responds thoughtfully to constructive criticism.” (Mr. A. Frederick Weissbach - Head of School, Franklin Academy)

If you need help in any of our areas of expertise (see a full list HERE), feel free to click the Contact Us Now button. We would love to hear from you and see how we can help!